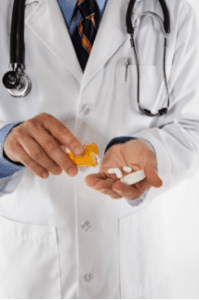 Welcome back to my Blog Site and I apologize for deviating from my planned sequential discussions of the “Ten Reasons for the Heroin Epidemic” but I really do have good reasons. I felt obligated to respond to the readers inquiring why an Emergency Medicine & Addiction Doctor became a novelist (“Why I Wrote a Mystery Thriller” – May 6, 2015) and the need to acknowledge my appreciation to my readers (“Heartfelt Thanks for 100 Reviews” - May 20, 2015). And yes, thrown in the mix was my exuberance to report on my trip to the American Society of Addiction Medicine meeting in Austin, TX to make sure folks got a look at the wonderful work being done by advocates such as Patrick Kennedy & The Kennedy Foundation, Gary Mendell and Shatterproof, and so many others (“ASAM Recap: Great People Doing Important Work” - April 29, 2015). In addition, in early May I was invited to discuss my book and to give a presentation to thirty-five medical school representatives gathering at a regional meeting in North Carolina on behalf of the Coalition for Physician Education in Substance Use Disorders (“COPE”). What an incredible group of physicians dedicated to the advancement of knowledge of addictive diseases. But more on this another day – let’s get back to the “Ten Reasons for the Heroin Epidemic”.

As you may recall, past Blogs discussed:

The disease of addiction has three components: Biological, Psychological and Sociological;

The three related terms that are essential to understand the disease of addiction: Tolerance, Dependency and Addiction; and

The ten reasons of who or what to blame for the heroin/opiate epidemic:

Today, I will discuss the first reason, injudicious prescribing practices by physicians. When I was a medical student some decades ago, we were taught to very carefully prescribe opiates, such as Morphine, Demerol, Percocet and other pain medications typically referred to as “narcotics”. Well, it came to pass that we as physicians were under-medicating patients for relief of pain. In fact, it has been shown that for severe pain, if the patient waits for the pain to recur to high levels before taking their next dose of medication that in fact it may take more medication to again relieve the pain.

Then physicians were educated to more appropriately prescribe pain medications. However, due to factors related to patient expectations, “Big Pharm” the increasing number of pain pills available and the need for additional physician education, many physicians have inadvertently been over-prescribing pain medications in dose amounts, frequency of administration and length of treatment. The pendulum has swung too far in the other direction.

Long term use of opiates in most cases of non-cancer pain has not been shown to be advisable, which is understandable due to the terms tolerance, dependency and addiction discussed in an earlier blog. However, for intractable pain, exceptions may need to be made. Fortunately, many states now have continuing medical education requirements that obligate physicians to take courses in appropriate opiate prescribing as a prerequisite to renewing their medical licenses.

So, yes we can blame the doctors for the increase in opiate/heroin addiction, but as we explore the other nine reasons, it will be clear that this is not just a physician prescribing issue – there is plenty of blame to go around. And let’s not forget that biological, psychological and sociological aspects are major contributing factors to the disease of addiction!

I hope you will stay tuned for the next episode of why we have an opiate/heroin epidemic - Patient Expectations. Until then, I hope you enjoy the following snippet from Addiction On Trial.

“Dr. Tolson understood in a very philosophical manner that Jimmy’s illness, the disease of addiction, was composed of biological, psychological, and social elements. He would give lectures on a regular basis to fellow drug counselors, local school committees, police, and to anyone who would listen.

‘Everyone in this room already has an opinion of what an addict is. Usually we use the word addict in a special way—cocaine addict, heroin addict, but rarely do we hear the words alcohol addict or nicotine addict. No one would refer to Vice President Cheney as an addict, despite the fact that we know that nicotine contributes to heart disease. And Mickey Mantle remains a hero despite needing a liver transplant because of liver cancer, complicated by cirrhosis from his years of drinking. I am hopeful that each of you can put aside any bias, any preconceived notions that you bring here today. For thirty minutes I ask that you be like that athlete who has never rowed before and put aside your current opinion of addiction. Give me your cleansed minds for just a brief time. At the end of my presentation you may accept, reject, or modify anything I say, but please start now with a clean slate. Before I begin, I want everyone to join me and tightly close your eyes. For just sixty seconds let us each listen to our own breathing and contemplate nothing.’

Not everyone followed Dr. Tolson’s request, some dumping him into the category of one of those earthy crunchy granola type liberals—precisely the type of labeling he was trying to combat, which is why he would wear a sport coat and tie to the lectures. He would wait a full sixty seconds before saying ‘Now, slowly open your eyes and without verbally responding, I want you each to ask yourself if the last sixty seconds were spent only listening to your breathing while repressing all thoughts. If you were not successful in completely voiding your mind, you now know the struggles of addiction. It is not just mind over matter. I will do my best to further explain the complexities of addiction.’”