We have heard a lot lately about “alternative facts” and “fake news” but I have not heard any mutterings about these misgivings as it relates to the current opioid epidemic. But then again, despite the number of deaths being claimed every day by fentanyl and heroin and in contrast to the sound bites heard during the presidential primaries, no one is talking facts about addiction. For that matter, politicians are barely  even talking about addiction! We are talking a lot about the murders caused by immigrants, and there is no one doubting that immigrants do murder people, but so do native born Americans, and at a much higher rate than first generation immigrants. So, yes, we need to be concerned why second generation immigrants commit crime at rates much higher than their forefather immigrants and at a rate similar to native-born Americans; but if we are really serious about saving lives, let’s also talk about that which claims more lives than gun crime or automobile accidents – the disease of addiction. Let's not get caught up in the fake news that building a great wall or cutting Medicaid funding and trashing the Affordable Care Act will stop the influx of drugs or assist those afflicted with the disease of addiction.  I hope you will read on.

So what are the facts:

Overall, overdose deaths rose 11 percent last year, to 52,404. By comparison, the number of people who died in car crashes was 37,757, an increase of 12 percent. Gun deaths, including homicides and suicides, totaled 36,252, up 7 percent.

More than 50,000 Americans died from drug overdoses last year — the most ever.

The disastrous tally has been pushed to new heights by soaring abuse of heroin and prescription painkillers, a class of drugs known as opioids.

Heroin deaths rose 23 percent in one year, to 12,989, slightly higher than the number of gun homicides, according to government data released Thursday.

Deaths from synthetic opioids, including illicit fentanyl, rose 73 percent to 9,580

Overdose deaths rise by more than 100 percent in some states, CDC report says

According to data from the Centers for Disease Control and Prevention, 30 states saw increases in overdose deaths resulting from the abuse of heroin and prescription painkillers, a class of drugs known as opioids. New Hampshire saw a 191 percent increase while North Dakota, Massachusetts, Connecticut and Maine had death rates jump by over 100 percent.

“What we’re seeing in the streets right now is fentanyl mixed with heroin, as opposed to heroin mixed with fentanyl.”

“Everything happens for a reason, and I’m thankful it did happen, because I have a new look-out on life,” said Nathan Johnson, who said a recent overdose has him ready to stay clean.  “They threw me in the shower, they did 18 minutes of CPR before the cops got there. Nothing was working, so the cop came in and he had to use two Narcans. It brought me back to life,” said Johnson. He can now use naloxone — or Narcan— on others. Kentucky’s ‘Good Samaritan’ law protects people who are administering the drug in an effort to keep someone alive.

“We’re often accused of being enablers, and we are. We are enablers. We enable people to live” said Read.

Drugs are the leading cause of accidental death in this country. Fatal overdoses surpassed shooting deaths and fatal traffic accidents years ago.

Trump leaves out context in claim about immigrants and crime

Overall, there are about 16,000 murders and 10,000 drunk driving deaths a year (the drunk driver is the person killed more than 60 percent of the time)

About 11.1 million unauthorized immigrants accounted for about 3.5% of the total national population in 2014, according to Pew Research Center. Certainly some undocumented immigrants do commit violent crimes

Research on immigrants and crime finds that immigrants are not more likely than U.S.-born individuals to take part in crime, said Christopher P. Salas-Wright, an assistant professor at Boston University’s School of Social Work.

"Again and again, we see evidence that they are not," Salas-Wright said. "In fact, it’s the opposite."

Studies show that for the most part, people who migrate are a self-selecting group who want to better their lives, provide for their families back in their home countries and who don’t want to risk getting in trouble with the law, said Kubrin, the criminology professor at University of California, Irvine.

The American Immigration Council, a pro-immigrant nonprofit, analyzed data from the Census’ 2010 American Community Survey and found that about 1.6 percent of immigrant males between 18 and 39 years old were incarcerated, compared to 3.3 percent of the native-born population in that same age group. (The Census does not specify legal status.)

Results suggest that the myth remains; trajectory analyses reveal that immigrants are no more crime-prone than the native-born. Foreign-born individuals exhibit remarkably low levels of involvement in crime across their life course. Moreover, it appears that by the second generation, immigrants have simply caught up to their native-born counterparts in respect to their offending. Implications of the findings for theory and future research are discussed.

Crime rises among second-generation immigrants as they assimilate

I recently spoke with Acadia Family Center about their efforts in treating the disease of addiction.

Their work in treating the biological, psychological and sociological aspects of this illness is critical to the communities of Mount Desert Island, Maine. Like many treatment centers, they are facing the challenges of increasingly limited local resources and budget cuts despite the growing addiction epidemic.

To help their important cause, from August 22 through September 15 I am donating all author proceeds from the sales of my book, Addiction on Trial, to the Acadia Family Center.

Addiction on Trial, the first in a series of Shawn Marks Thrillers, revolves around the murder cases of attorney Marks. Addiction on Trial sends a powerful message of societal discrimination toward drug addicts and explores common misperceptions about what drug addiction really is - a chronic illness requiring a treatment approach similar to other chronic diseases. Medical and behavioral aspects of addiction are woven into the intrigue of this thriller, which culminates in a riveting murder trial.

Please also watch my brief conversation with Chris Popper about the issues related to addictive illnesses and the Acadia Family Center to learn more about effective treatment modalities.

Do you know of another treatment-related organization that needs extra help, in the form of donations, event promotion, or other support? Please reach out to me on the Contact Page on this site.

I've spoken and written quite a lot about eradicating the stigma against drug addiction, as well as mitigating the factors that contribute to the growing Heroin / Opiate Epidemic.

I've also worked with many clinicians and doctors, patients and their families, with the goal of developing an understanding of addiction as a disease, not a behavioral failure.

All of this work has culminated in my writing Addiction on Trial, the (well-reviewed!) medical/legal thriller that "sends a powerful message of societal discrimination toward drug addicts and explores common misperceptions about what drug addiction really is—a chronic illness requiring a treatment approach similar to other chronic diseases."

Do you see a theme? It's time to end the stigma and silence around--and the causes of--drug addiction.

Over the next few weeks, I'll be asking questions of my blog, book and social media readers.

I welcome your insights into addiction as you've experienced it! Let's work together to change this paradigm!

I commend Martha Bebinger and NPR for bringing forward the latest information re: implantable buprenorphine to treat patients who are opioid dependent/addicted.  The implant system has four controlled release buprenorphine rods that are placed under the skin and the effect can last up to six months. The FDA is expected to make a decision about this treatment approach within a few days.

However, just as there is no one antibiotic to treat all bacterial pneumonias, or one way to treat every person who has diabetes or depression, there also needs to be multiple approaches to treat addictive illnesses.  What commonly gets overlooked is the underlying hallmark triad of addiction with its biological, psychological and sociological components.  Medication may be an essential aspect of treatment for some, but addressing the behavioral/psycho-social aspects through counseling cannot be ignored or minimized. In fact, it is through the behavioral treatment approach that patients better understand the nature of the issues and cues that contribute to drug seeking patterns.

When treating a patient with oral buprenorphine (Suboxone), the patient receives a maximum of a thirty day prescription. In between the monthly medical visits and sometimes concurrently with the doctor visits, the patient may engage in group and/or individual counseling sessions.  So just as we as a society want quick fixes for many things, we need also to be careful how we look at new treatments.  The issue of wanting our pain totally relieved has contributed to the over prescribing of pain medication.  Immediate gratification is always enticing, but not necessarily the best approach.  Surely, implantable buprenorphine has great promise, especially if it is reasonably priced.  While some patients may need the daily structure provided at a methadone treatment center or be better served by methadone if their tolerance is exceptionally high; other patients may be better served by a prescription for oral buprenorphine and monthly or weekly medical visits; and yet others may be better served by implantable buprenorphine; but all patients will be best served by incorporating a structured behavioral component into the treatment plan.

Implantable buprenorphine is not a cure-all for opioid addiction but it will be a welcome addition for physicians to have at their disposal.

I am writing this blog to share a very exciting adventure. The University of Amsterdam has invited me to speak to the School of Communication Research.  Thank you Prof. dr. Claes de Vreese in the division of Political Communication and Journalism for the opportunity to discuss how fiction can be used as a vehicle to effect social change. 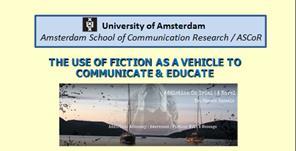 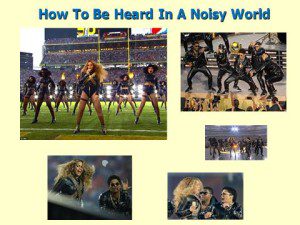 Here is the outline of my talk:

The Use of Fiction as a Vehicle to Communicate & Educate

The benefits of using  a “novel” approach to communicate and educate about multifactorial societal challenges will be discussed. The obligations of physicians and the medical community will be used to illustrate how in combination with social media, fictional works can: 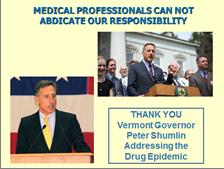 Here are a few more slides I will be using during my presentation. As they say, a picture is worth a thousand words; so please enjoy the following slides and please let me know if you would be interested in having me present to your group, organization or academic institution. 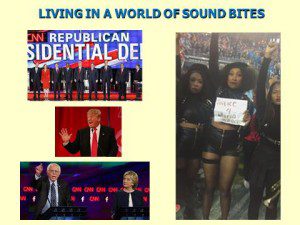 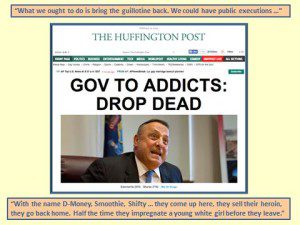 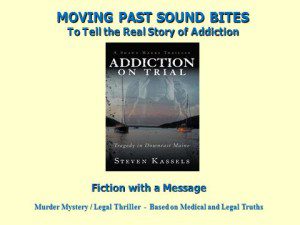 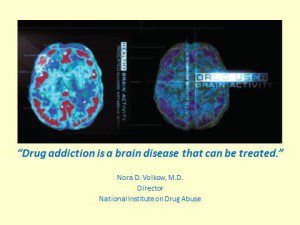 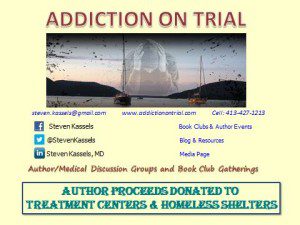 ONWARD AND UPWARDS - TOGETHER WE CAN MAKE A CHANGE!!!

AND THANK YOU FOR VISITING MY BLOG