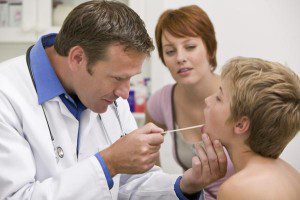 Thank you for continuing to follow along with me as I explain ten reasons for the Heroin Epidemic raging across our country. My last blog pinpointed doctor culpability, and there is little disagreement how prescriptions have added to the problem. But blaming patients will definitely need some explaining – so here goes.

Why as a medical student did I choose not to enter the field of Pediatrics? I loved the kids and I loved the office setting of having toys and games in the waiting room and finding ways to entertain and distract kids while at the same time investigating their ills. Sure it’s tough when a young patient becomes extremely ill, is diagnosed with a terminal disease, or dies. But that is not why I shied away from this specialty.   Simply stated, it was the ear infections!

A large number of early ear infections are caused by viruses. When Mom or Dad would arrive with little Johnnie or Suzy pulling at an ear and acting fussy or not eating well, the diagnosis was easy. However, suggesting initial treatment with Tylenol and decongestant remedies was frequently fraught with contempt, despite taking the time to explain how antibiotics do not treat viruses and can have annoying or harmful side effects. So despite my reasoning why we should hold off prescribing antibiotics and recommending a re-evaluation in a day or two if not improving, I would not infrequently hear responses such as: “My neighbor’s son had an ear infection and he got antibiotics”, or “I want my son to take an antibiotic”, or “I don’t care that you think it might be a virus – I have a busy life; why can’t you just prescribe an antibiotic and that way I won’t have to come back if my child’s not doing better.” You get my point; Parents want quick fixes for their children and we as a society want quick results for ourselves. And when it comes to pain, Americans frequently have a common request, “Can’t you just put me out?” or “I don’t want to feel anything.” I wonder how many Americans would opt to have surgery under acupuncture!

So yes, as I stated in Reason #1 – we can and should blame the doctors; but patients also contribute to the dilemma and in more ways than just their simply asking for complete pain relief.

It is not practical in this blog to review all of the facts related how prescription drugs find their way into the lives of so many, but I encourage everyone to read the article by the National Institute on Drug Abuse: Popping Pills: Prescription Drug Abuse in America. It clearly explains factors such as:

Some places prescription drugs are obtained?

Some reasons teens use prescription drugs:

The last bullet above brings us to next week’s topic – the 3rd reason of who or what to blame for the heroin/opiate epidemic: Internet Sale of Pain Pills. But remember, despite all the reasons and all the blame, there are solutions, which we also will get to! Here is a hint from Addiction on Trial.

“Travis contemplated living without the need for heroin or Oxys and how life would be so much simpler not having to worry about the next “fix.” His options were limited. Travis was well-informed about the newly established methadone facility off island, but the clinic’s limited capacity had already been surpassed. Even if there were available treatment slots for new patients, how would he get to and from Bangor each day without raising suspicions? How could he keep a job? The trip would take nearly two hours each way, plus the time waiting at the clinic to receive his medication. On the one day each week he would be required to see his case manager for counseling, the commitment for treatment including travel would consume more than five hours. People would find out and Annette would surmise his drug dependency had grown again. He was determined to beat the habit through willpower, but getting off the “stuff” had become more difficult than ever. When Travis Bomer set his mind to something he usually prevailed, but kicking heroin this time was a larger challenge than any previously faced.

He took the small photo of Annette out of the book he had brought along and stared at it as his thoughts wandered back to the wonderful night he had spent with Annette just before heading out to sea. The Portland motel overlooking the commercial pier was affordably inexpensive. Tourists rarely stayed there, as it was next to a lobstering business and the stench of putrid salted fish used for bait, which was kept in barrels and bins near the dock. Whenever the winds shifted and blew in from the northeast, the odor found its way into the motel bedrooms. The amenities were adequate and there were a few rooms with queen-sized beds. Annette was good with details and always made sure to reserve one of the more romantic rooms. This was true luxury for the two lovers. Travis could still feel Annette’s warmth as he reminisced about the last few days.”