As you may recall, my last blog listed 10 reasons for the current heroin epidemic. Over the next weeks, I will be addressing who and what to blame for this epidemic and the changing demographics of today’s heroin user, which has migrated outside of our major cities to suburban and rural America. But before we engage a detailed explanation of who/what to blame, to better understand the complexity of the issue, let’s review the biological, psychological and sociological aspects of addiction. 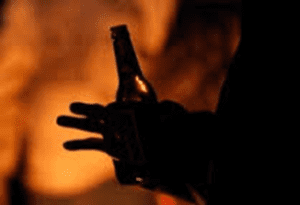 The symptoms and effects of the toxic metabolite can range from mild nausea and dizziness to losing consciousness from low blood pressure, seizures, heart attacks or other significant consequences. Individuals who lack the enzyme alcohol dehydrogenase typically avoid these unpleasant effects by not drinking alcohol. In fact, the medication called disulfiram (Antabuse) is prescribed to some patients who wish to stop drinking. Antabuse blocks the enzyme alcohol dehydrogenase forcing alcohol to be metabolized by the alternative pathway, thus producing toxic byproducts. This type of aversion therapy using medication and recommended counseling can be effective albeit it does carry a risk if patients are not compliant.

Psychological:
Many substance users consume alcohol or drugs in order to eliminate or minimize feelings, fears, or symptoms. Unfortunately, medical services are not easily obtainable for many people suffering from mental health related illnesses, and they may self-medicate with alcohol or illicit drugs. In addition, people commonly fear the effects of withdrawal and this psychological response continues to drive addictive behavior. There seems to be a relationship between anxiety disorders and alcohol; depression and cocaine or other stimulants; bipolar illness and opiates; and ADHD and marijuana. Treating of underlying mental illness is an important component to curb inappropriate substance use. There have been reports that as many as 50% of patients with substance use disorders have underlying mental illness.

Sociological:
Where we live and how we live makes a difference in our choices. If we live in an environment where there is no alcohol or drugs then we are unlikely develop a substance use disorder, even if we have genetic predisposition or underlying mental illness. If we reside where drugs and alcohol are readily available and dependency is developed and then we wish to stop using, it is more difficult to refrain if we return each and every day to this same neighborhood with the same sociological cues. This is a major factor why Vietnam war veterans who became addicted to heroin abroad tended to do much better in recovery when they returned home, having left sociological cues behind in Vietnam; and why it is more difficult for a drug user to change his/her habits if living with another user of alcohol or drugs.

I wonder what role Mr. Bomer had in his son’s drug and alcohol use. It must have been difficult for Travis to grow up in a household with a father suffering from alcohol addiction. Yes, I am referring to the same Travis, who became dependent on heroin, and despite his addiction, saved a crewmate’s life on the high seas.

Kathy used this interlude to permanently separate the two men. “Frank, dear, why don’t you walk over to the Holiday Inn and get us checked in.” Kathy never confronted Frank about his unpredictable temper, which got worse if he either went too long without a drink or drank too much. It was a fine line between his drinking enough to eliminate the irritability of alcohol withdrawal and not drinking so much that he became belligerently drunk. “It’ll only take you about half an hour and then you’ll be back and we’ll be able to see Travis.”

Kathy knew that Frank would not be able to tolerate the overall situation, and in her heart knew her husband was an alcoholic who needed his beers and shots of whiskey throughout the day. Even if Kathy had been able to face the reality of her husband’s incapacity, this was hardly the time to confront it. All her energies were focused on protecting and supporting her son.

Hope you enjoyed this week’s segment, and next week we will discuss the difference between Tolerance, Dependence and Addiction; and explain why Aunt Tillie may be dependent on opiates but not addicted!